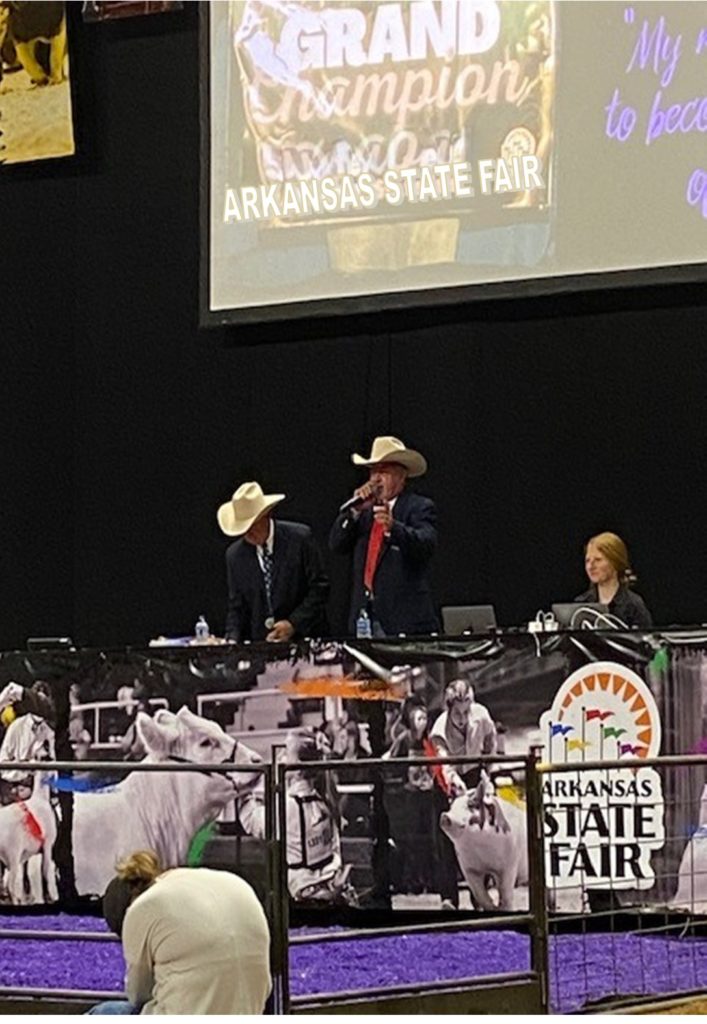 In 1906, a group of businessmen met in Hot Springs to form the Arkansas State Fair Association. Tens of thousands of people came to the first fair in Hot Springs in 1906. By 1921, a group in Little Rock began to raise money to move the State Fair to the Capital City. In 1921, the State Fair moved to Little Rock. El Dorado oilman T.H/ Barton helped form the Arkansas Livestock Show Association in 1937.

The Livestock Show quickly became central to the prosperity of the Arkansas State Fair. Roy Rogers made his first appearance at the 1939 State Fair. The entrance to the Fairgrounds on Roosevelt Road was one of the first structures built on the property in 1946. Construction of Barton Coliseum started in 1948. Each year the State Fair opened with a huge parade down Main Street in Little Rock.

In 1983, then-Governor Bill Clinton presented a ribbon and trophy to the Junior Reserve Grand Champion. Meanwhile, the carnival continued to expand with The Conklin Magic Midway bringing more that 50 rides to Little Rock each year. As the Arkansas State Fair transitioned from the 1990s into the new century, the Fairgrounds expanded to encompass 96 acres.

For the past several years, North American Midway Entertainment has brought its nationally-renowned carnival to central Arkansas. Naturally, the Fair food continues to be hugely popular for fairgoers. And, every year the fair features a variety of concerts on the main stage.

Today, one of the Fair’s most important endeavors is the Junior Livestock Program. The Blue Ribbon Campaign is a year-round fundraising effort, providing donations and support for the Arkansas State Fair Scholarship and Junior Livestock Auction Program.

The story of the Arkansas State Fair and Fairgrounds Complex is one of a defined mission, perseverance, faith, hard work, imagination, and state pride! The early founders of the Livestock Show Association dreamed big… The history of the State Fair and Fairgrounds is a colorful part of the history of Arkansas and will undoubtedly be an important part of our state’s promising future.